Mendalism is defined by some as "fixing" another's work of art without permission.

The word originates with a modification of the word "vandalism", substituting the first part of the word with "mend" as in "to repair".

Here is an example of mendalism at its worst:


As the above embedded video is likely blocked, please view it here directly:
http://vimeo.com/48061370

The following example is a more harmless case of mendalism:


In both cases the intent was pure, but the two separate outcomes vary widely.

blood_of_winter at Author Spotlight: Jon Gibbs (and a giveaway!) jongibbs, was kind enough to allow me to interview him about his life in America; his first published novel, Fur-Face, and its sequel; as well as upcoming projects.


Jon's middle-grade novel, Fur-Face, an exciting and funny read was originally released as an e-book but is now available in paperbook, and Kindle, from Amazon.

As an Englishman in New Jersey, what do you like best about being here in America?
I love driving on the right-hand side of the road, especially at night. Whenever I do that back home, oncoming drivers flash their lights at me or honk their horns as they swerve out of the way, but over here, nobody seems to mind at all.

What do you miss the most about England?
International travel’s an expensive luxury. I haven’t been back since we moved here in 2004. The three things I miss most are: seeing my family and friends, steak & kidney pie, and proper chips (ie: thick wedges of deep fried potatoes).

What inspired you to write your middle-grade novel, Fur-Face?
Honestly? I don’t remember a particular inspiration. It started out with me just wondering if I could write a book. I began work on Fur-Face shortly before my 43rd birthday. Up until then, I hadn’t written a word of fiction since leaving school at 16 – unless you count tax returns, of course.
I do remember liking the idea of a character who saw and/or heard someone no one else could. I thought it offered plenty of potential for embarrassment and conflict, especially when other people were around. A cat was a natural choice because, as any cat-lover will tell you, they all have unique personalities.

What has been the most surprising thing about the publishing process for you?
I honestly thought that when your book got accepted, that was the end of it as far as editing was concerned. Boy was I wrong!

If you had to do it all over again, would you change anything in Fur-Face or about your writing journey?
I’d have taken the time to come up with some sort of outline, rather than making everything up as I went along. Fur-Face clocks in at about 53K, but at one point it was over 70K. I must have done at least another 30K in rewrites, revisions and subsequently deleted chapters.
As for the writing journey, if I had a time machine, I’d send myself a video of my 10 Things Every Writer Should Know presentation. Not because my talks are that great, but because when I first started out, there was so much I didn’t even realize I needed to know. If I could go back and tell my past self about those things, I could have started working on all of them in 2003, and (I believe) gotten Fur-Face accepted several years earlier. Also, the sight of my portly, future self, waddling about in front of an audience like a pregnant penguin, might have encouraged me to cut back on the snacks a little.

I hear a sequel is on the horizon. How is that progressing?
The sequel’s called Barnum’s Revenge. I expect to get it to Jennifer Turner, my excellent editor at Echelon Press, in January of next year.[2012]

What else can we expect from you?
I have two middle grade novels to work on in 2012, Abraham Lincoln Stole my Homework and Dead Doris. It’s going to be hard work, but if I can get those done in time, I’ll reward myself by giving my science thriller, Waking up Jack Thunder, a good shave and a haircut before sending it out agents.

A member of several writing groups, including SCBWI, he’s the founder of NJAN (The New Jersey Authors Network) and FindAWritingGroup.com.

Jon’s debut novel, Fur-Face (Echelon Press), a middle grade fantasy for boys, was nominated for a Crystal Kite Award. His popular blog, An Englishman in New Jersey (http://jongibbs.livejournal.com), gets over 300,000
page-hits a year and is read in more than thirty countries.

When he’s not chasing around after his children, Jon can usually be found hunched over the computer in his basement office. One day he hopes to figure out how to switch it on. To celebrate and promote the release of Fur-Face, I have a paperback copy of the book to give away. All you need to do is comment for a chance to win. This is a really fun read for adults, as well as children.  Tell your friends about it!

Yeah... why ISN'T Brian Regan "bigger" in terms of success and fame?

Brian Regan from RBI on Vimeo. 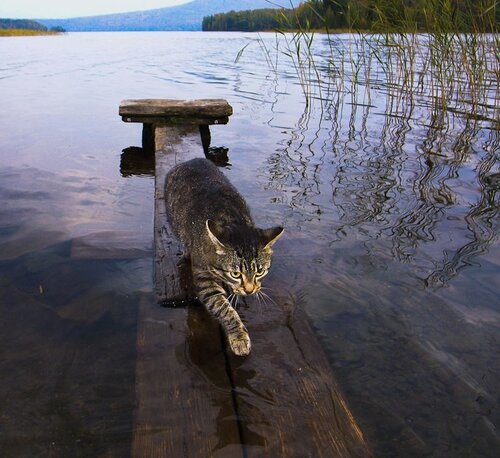 House sitting with a couple of big dogs, so it's dog sitting, too.

Me wife is not feeling well so she's back at home not too far away.

Not sure if I believe this, but Justin Bieber to star as Jon Eyre.

If it's true, well then it's about time!
Collapse